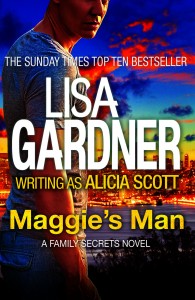 When shy and reserved Maggie Ferringer is called for jury duty, she never expects to be kidnapped by an escaped convict. But Cain Cannon, disguised as a prison guard, pulls a gun, and she has no choice but to be taken hostage. Cain claims that he’s innocent of killing his girlfriend six years ago, and now he wants revenge on the people who put him behind bars. Soon Maggie becomes more than just a hostage to Cain. As they slowly begin to share the secrets of their respective pasts, she discovers there’s more to him than meets the eye, and that his freedom is worth fighting for, at any cost.