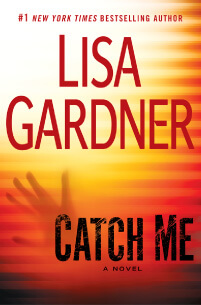 At 8pm on 21st January, twenty-eight year old Charlie Grant believes she is going to be murdered and she wants Boston’s top homicide detective, D.D. Warren, to handle her death investigation.

Confronting D.D. at her latest crime scene, Charlie lays her cards on the table. For each of the last two years, one of her childhood friends has been murdered leaving Charlie as the only one of the three friends to remain alive.

But as D.D. delves deeper in to the details of Charlie’s case, she begins to question the young woman’s story. Because Charlie can now outfight and outrun anyone she meets and D.D.’s instinct is that she’s hiding a secret. A secret so explosive that Charlie herself may turn out to be the biggest danger of all. . .

"Gardner’s sixth Det. D.D. Warren thriller grabs from the get-go. . . Gardner ratchets up the suspense. . ."
- PEOPLE
". . .well wrought suspense. . . Gardner skillfully tacks back and forth. . . Fans should enjoy the numerous cameos by characters from other Gardner novels."
- Publishers Weekly
"Gardner really pulls you into the middle of the drama, alternating Charlie’s first-person retelling of the horrible circumstances of her life with the third-person narration of D.D.’s investigations. The creepy meter is off the charts."
- Booklist – Mary Frances Wilkens – Starred Review
"New York Times best-selling author Gardner (Love You More; Live To Tell; Alone) always plays in the big leagues, but this scare-your-socks-off thriller is a grand slam, packed with enigmatic characters (some good, some crazily evil), expert procedural detail, and superb storytelling. Readers will be guessing who done it until the final pages—and the author’s fans will love all the name-dropping from previous works. Fans of Michael Connelly and Harlan Coben will delight in Gardner’s scare-fest."
- Library Journal – Debbie Haupt – Starred Review
"Gardner brings the ingredients to a rolling boil. . . Irresistible highwire melodrama. . ."
- Kirkus Review
"Plan to stay awake for a few nights after reading the latest installment of Lisa Gardner’s D.D. Warren series. . . Gardner pulls out all the stops in Catch Me, making it arguably the best in the series to date."
- Book Reporter – Joe Hartlaub
"Catch Me is a pulse-pounding, earth-shattering thriller that will take you on the ride of your life. But pay close attention, because not everything is as it appears to be. This is, without a doubt, Lisa Gardner at her finest."
- The Best Reviews – Lori Gondelman
"If you knew the exact date and time of your death, what would you do? Everyone has to die sometime. Be brave. . . Gardner has become one of the best psychological thriller writers in the business. The compelling characters, the shocking plot and the realistic atmosphere of how police operate make this a must read for any suspense aficionado."
- Associated Press – Jeff Ayers
"Lisa Gardner is a writer who gets better and better with each new book. Her latest, Catch Me, is the best thriller she has written to date. It is full of twists and turns, but best of all it is filled with fascinating characters who come to life on her pages. If you have not been a reader of Gardner’s fiction in the past, this is the time to jump in."
- Huffington Post – Jackie K. Cooper