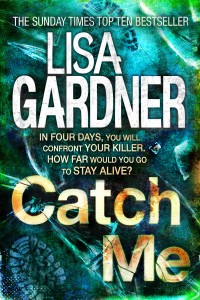 At 8pm on 21st January, twenty-eight-year-old Charlie Grant believes she is going to be murdered and she wants Boston’s top homicide detective, D.D. Warren, to handle her death investigation.

Confronting D.D. at her latest crime scene, Charlie lays her cards on the table. For each of the last two years, one of her childhood friends has been murdered leaving Charlie as the only one of the three friends to remain alive.

But as D.D. delves deeper in to the details of Charlie’s case, she begins to question the young woman’s story. Because Charlie can now outfight and outrun anyone she meets and D.D.’s instinct is that she’s hiding a secret. A secret so explosive that Charlie herself may turn out to be the biggest danger of all. . .