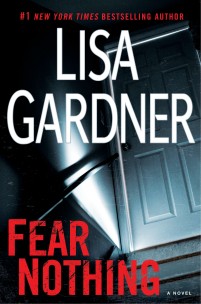 My name is Dr. Adeline Glen. Due to a genetic condition, I can’t feel pain. I never have. I never will.

The last thing Boston Detective D.D. Warren remembers is walking the crime scene after dark. Then, a creaking floorboard, a low voice crooning in her ear. . . She is later told she managed to discharge her weapon three times. All she knows is that she is seriously injured, unable to move her left arm, unable to return to work.

My sister is Shana Day, a notorious murderer who first killed at fourteen. Incarcerated for thirty years, she has now murdered more people while in prison than she did as a free woman.

Six weeks later, a second woman is discovered murdered in her own bed, her room containing the same calling cards from the first: a bottle of champagne and a single red rose. The only person who may have seen the killer: Detective D.D. Warren, who still can’t lift her child, load her gun, or recall a single detail from the night that may have cost her everything.

Our father was Harry Day, an infamous serial killer who buried young women beneath the floor of our home. He has been dead for forty years. Except the Rose Killer knows things about my father he shouldn’t. My sister claims she can help catch him. I think just because I can’t feel pain, doesn’t mean my family can’t hurt me.

D.D. may not be back on the job, but she is back on the hunt. Because the Rose Killer isn’t just targeting lone women; he is targeting D.D. And D.D. knows there is only one way to take him down:

"Lisa Gardner delivers an intelligent, sophisticated, psychological thriller. . . Gardner continues to show why she is on the short list of top thriller writers today."
- Suspense Magazine - John Raab
"When it comes to delivering riveting, complex female protagonists, Gardner is in a class by herself."
- RT Book Reviews - Jill M. Smith
"Absorbing. . . Gardner repeatedly ratchets up the tension while the strange relationship between the two mismatched siblings leads to a deadly climax."
- Publishers Weekly
"In this strong addition to the series, Gardner retains her place on thrillerdom’s top tier. Gardner has a reserved seat on most best-seller lists, and she’ll be claiming her spot once again."
- Booklist - Karen Keefe
"If you think Gardner pulled out all the stops in D.D.’s previous cases (Catch Me, etc.), you ain’t seen nothing yet. Better fasten your seat belt for this roller-coaster ride through family hell."
- Kirkus Review - Starred Review
"She's written another thriller that will keep fans gasping while drawing new readers into the vivid psychological narrative."
- Associated Press - Jeff Ayers
"Lisa Gardner is at her absolute best in Fear Nothing, particularly when she lobs a bomb or two into the proceedings, which she does to great effect. But the primary attraction here is the chilling, twisted and brilliant villain of the piece, who will have you checking under the bed as you read and long after you finish."
- Bookreporter - Joe Hartlaub