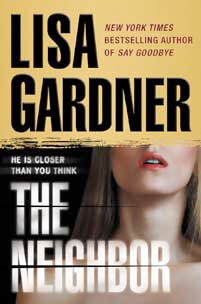 It was a case guaranteed to spark a media feeding frenzy – a young mother, blond and pretty, disappears without a trace from her South Boston home, leaving behind her four-year-old daughter as the only witness and her handsome, secretive husband as the prime suspect.

But from the moment Detective Sergeant D. D. Warren arrives at the Joneses’ snug little bungalow, she senses something off about the picture of wholesome normality the couple worked so hard to create. On the surface, Jason and Sandra Jones are like any other hardworking young couple raising a four-year-old child. But it is just under the surface that things grew murkier.

With the clock ticking on the life of a missing woman and the media firestorm building, Jason Jones seems more intent on destroying evidence and isolating his daughter than on searching for his “beloved” wife. Is the perfect husband trying to hide his guilt – or just trying to hide? And will the only witness to the crime be the killer’s next victim?

"Full of inventive twists, this highly entertaining novel delivers a shocking solution as well as a perfectly realized sense of justice. Fans will appreciate the deft way Gardner weaves in a key character from 2008′s Say Goodbye."
- Publishers Weekly
"Boston police detective D. D. Warren returns in another suspenseful and stylish mystery. But, through narrative passages written in the victim’s voice, the author shows us that the woman herself is deeply troubled and is perhaps not quite the innocent victim she appears to be. This is certainly Gardner’s most complex novel, and it will be a definite treat for her fans."
- Booklist
"Master storyteller Gardner really outdoes herself with her latest puzzler. Since the story is told from the vantage point of various main characters, exactly what’s going on remains cleverly shrouded. All of the characters have secrets and scars on their souls, and it’s what they do in a crisis that makes this an intensely thought-provoking and somewhat creepy novel. Pure Gardner genius!"
- RT Book Reviews - Jill M. Smith, - Top Pick for June
"Lisa Gardner readers already know to expect deeply moving characters, suspense, shock, pity, and - in the end - total satisfaction when they pick up one of her stunning novels. The Neighbor will soon involve any reader in the plight of the Joneses. Just be prepared for surprises."
- Romance Reviews Today - Jane Bowers
"The Neighbor is one of those incredibly smart mysteries that is almost impossible to figure out before all is ultimately revealed, driven in equal parts by a strong storyline and vibrant, sometimes quirky, characterization. Gardner also raises an extremely controversial and difficult issue that is just beginning to invade the public discourse. Should a 19-year-old man who has sexual relations with a 14-year-old girl be treated the same as a 24-year-old who forces himself or herself sexually upon a six-year-old? And is it fair to continue to penalize such individuals after they have served prison time? While Gardner frames this hot-button topic discreetly, she takes a major chance by presenting Brewster, a sex offender on one end of the spectrum, as a sympathetic character who in his own way arguably can be considered a victim. In the hands of a less capable author this would tip over into sensationalism, but for Gardner it proves to be a gutsy move that works."
- BookReporter.com - Joe Hartlaub
"Powered by a cast of realistically portrayed. . .characters as well as a cirtual closet full of nightmarish plot twists, Gardner’s latest is a pulse-pounding page-turner of the highest order."
- Bookpage.com
"Gardner has always been a master storyteller, but here she paints a vividly complex mosaic colored with lies and deceptively subtle clues. While her last book, the terrific Say Goodbye, broke new ground, The Neighbor leaves us wondering if any ground is truly secure in a wired world where we’re menaced by the neighbors, whether next door or a thousand miles away. You’ll never look at an unlocked door, open window or Internet connection the same way again. Perfect for summer, a one-sitting read if ever there was one."
- The Providence Journal - Jon Land