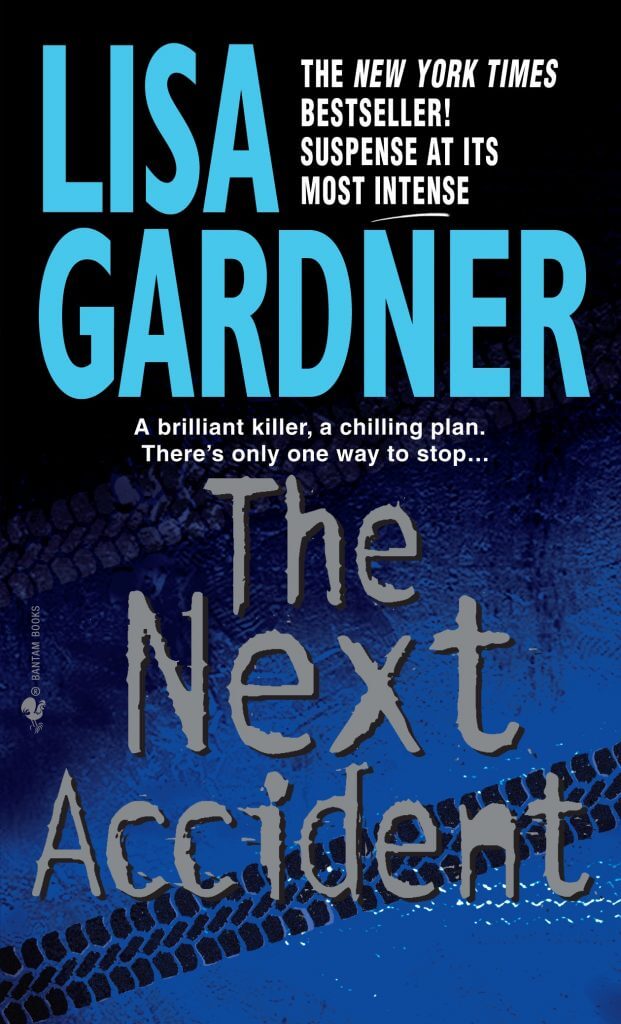 What do you do when a killer targets the people you love most? How do you protect them when he knows their most secret fears and hidden desires? When he knows just when to strike? And, most of all, when he knows the same about you?

These are the questions that haunt FBI Special Agent Pierce Quincy. The official police report concluded that his daughter’s death was an accident. Amanda Quincy was driving drunk when her car careened out of control. Pierce knew about his daughter’s problem with alcohol. He knew about her loneliness and insecurity. And so, he is certain, did the man who killed her. Quincy is prepared to risk everything to learn the dangerous truth about Amanda’s death – and there’s only one person willing to help.

Rainie Conner knows all too well the dark side of the human heart. An ex-cop haunted by her own violent past, she had once been paired professionally – and personally – with the brilliant, supremely logical FBI profiler. Quincy had helped Rainie through the harrowing case that shattered her career and left her charged with first-degree murder. Now it’s time for Rainie to return the favor.

But this killer is like none these two hard-boiled pros have ever encountered. This twisted psychopath has an insatiable hunger for revenge. . .and for fear. He isn’t satisfied with taking his victim’s lives. He wants to get inside their minds, strip them of every defense, render them powerless to resist. He’s already killed twice; now he’s taunting Quincy and Rainie by making it no secret who his next victim will be: Quincy’s only surviving daughter.

The killer’s plan is chilling, brilliant, and unstoppable. The cops won’t help; the FBI can’t be trusted. As the clock ticks down to the final minutes of one unspeakable intimate act of vengeance, the only way Rainie can unmask this faceless killer is to step directly in his murderous path. She will become a murder waiting to happen. She will be. . .the next accident.

"The Next Accident is a chilling, powerful, riveting tale of suspense. A psychopath driven by revenge, taunting the FBI’s best of the best. A nameless, faceless, seemingly unstoppable killer with a brilliant plan. If you like dark, powerful thrillers that set your heart pounding and keep you on the edge of your seat, I highly recommend The Next Accident."
- Romance Fiction Forum
"The Next Accident is a suspense-laden twist-filled tale that easily equals the best of Sue Grafton and Kath Reichs. . . the fun lies in the battle of wits that results as Rainie and Quincy race to catch the killer before he catches them."
- Providence Journal
". . . a harrowing tale of stalking and revenge."
- Cleveland Plain Dealer
"Lisa Gardner has shot to the top of the suspense field at an astonishing rate. Her incredibly engrossing tales are evidence of a remarkable talent."
- Romantic Times - 4 1/2 stars
"Rainie and Quincy are fascinating characters, far from perfect and all too human, with more fears and foibles — and more emotional baggage — than most. She is a child of abuse; he’s a master of control. In many respects, they couldn’t be more opposite, but they make a terrific team. A diverse cast of secondary characters adds depth and texture to this well-written, fast-paced, utterly engrossing tale."
- Romance Reviews Today
". . . a fiendishly well choreographed dance of death."
- The Book List
"Gardner has created psychological terror at its highest. This is the type of book where you find yourself yelling at the next victim trying to warn them of their peril. Definitely a must read."
- The Snooper
". . . a cool and mostly accomplished psychokiller tale. . ."
- Kirkus Reviews
"In her hardcover debut, Lisa Gardner once again delivers a story with nail-biting suspense, chills, and a strong emotional punch. Not only does the book offer all the thrills and twists of a topnotch roller coaster, but I also cared about the main characters. Rainie’s toughness and sarcasm hides a lonely woman with a troubled past, and Quincy’s professional success has come at the cost of his relationship with his wife and daughters. Be sure to clear away any distractions before you start reading, because you won’t want to put this down until the very last page!"
- Old Book Barn Gazette - Leonore Howard