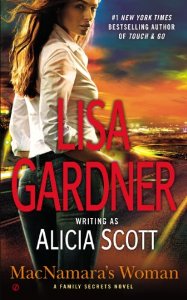 When Tamara Allistair lost her family, she quickly learned that the only person she could rely on was herself. Now Tamara wants revenge against the man who wronged her. But going after a target with far-reaching connections is a dangerous gamble, and soon Tamara is the one being threatened.

A man with his own share of family issues, ex-marine C. J. MacNamara knows that protecting Tamara is the right thing to do. Keeping her safe is no easy task, but getting her to trust him is an entirely different challenge. As Tamara attempts to right a wrong ten years in the making, C.J. puts his own life on the line to protect the woman who is more worthy of love than anyone he’s ever known.