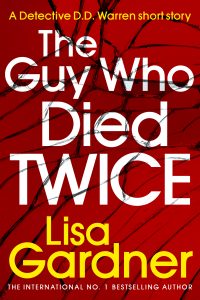 Sergeant Detective D. D. Warren thought she’d seen it all, until an elderly man shows up at police headquarters to report his death. As in he’s dead right now. D.D. assures the man he’s very much alive and sends him on his way, only to have him turn up actually dead hours later. Now D. D. Warren must figure out why the dead man died. . .twice. Based on a real-life neurological condition, THE MAN WHO DIED TWICE is now available as a digital short story everywhere eBooks are sold.